China has been a big pearl farming country since ancient times, and there have been records of cultured pearls as early as 1000 years ago. However, these inventions have not only failed to develop as they should, but have not lost. After the loss of pearl culture technology in China, it rose in Japan in the early 20th century. With the continuous improvement of technology, Japan's pearl farming industry developed rapidly and by 1928 it had dominated the world pearl market.

On March 17, 1910, Xiong Daren was born in a scholarly family in Nanchang County, Jiangxi Province. In his childhood, Xiong Daren had a keen interest in biology. He studied at the Department of Biology of the Faculty of Science of Fudan University, and then recommended to enter Kyoto, Japan. Department of Animal Science, Faculty of Science, Imperial University. In July 1937, due to the full-scale outbreak of the Japanese aggression against China, he terminated his studies and returned to the country with information on artificial cultivation of pearls and a set of pearl-nuclear surgical tools. 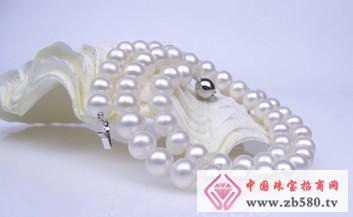 In November 1957, Premier Zhou Enlai instructed: "To promote the production of Nanzhu, it is necessary to change the natural mining beads that have been behind for thousands of years to artificial breeding." In 1958, when Chairman Mao Zedong inspected the Guangzhou Aquatic Products Museum, he instructed: "Old social labor The people have worked hard to tribute to the emperor. Now we are farming pearls to serve socialism and serve the people. In the same year, Xiong Daren was appointed as the director of the Fisheries Department of Jinan University and began research on pearl culture.

At that time, the pearl research environment was very difficult. There were only a few simple sheds, a few simple tools, no equipment, no scientific information, no practical experience, and everything started from scratch. Based on his in-depth study of the ecology of pearl shell, Xiong Daren wrote the first book on the cultivation of pearls in the first chapter of the book "Pearling of Pearls" in 1959, from the ecology of pearl shellfish and the cause of pearls. The technical requirements for each procedure of the pearl farming operation are systematically discussed in detail.

Artificial breeding of pearls must first develop pearl nucleus of pearls. Without a grinding machine, Xiong Daren rate his students. It is hard to use the triangular scorpion to grind out the first nucleus of the nucleus and make the first nucleus. The first step of the test. Inserting the core is the core link of pearl culture technology. Xiong Daren has developed a specific guiding plan. The opener is used to open the mother shell, through the wound, the passage, and then the core is implanted into the bead core. The first few tests failed, and the inserted nucleus was not discharged, which caused the death of the mother of pearl. Xiong Daren repeatedly experimented with technicians and workers, and finally found out that the bead nucleus was implanted in the gonads of the internal organs, and successfully cultivated the first batch of seawater pearls in China. Following this, Li Weixin and other teachers were instructed to conduct a freshwater seedless pearl culture experiment. In the spring of 1962, the group of cultured pearls cultured by Xia Daren, Wu Jiaodong, He Yujie and others, succeeded in breeding freshwater non-nuclear pearls, marking the revival of Chinese river pearl culture.

In order to break the Japanese culture of pearls and dominate the world, and further develop and strengthen China's pearl breeding industry, he has traveled through the rivers and lakes of the motherland, often taking vacations, carrying luggage alone, and going over the mountains to the farm to guide the culture of pearls. To help the pearl farmers solve technical problems and encourage qualified places to carry out pearl farming. With his unremitting efforts, the pearl farming industry has flourished in China and expanded to 18 provinces, municipalities and autonomous regions. In 1980, China's freshwater pearl production and exports exceeded Japan's "Pearl Kingdom" and ranked first in the world.

Professor Xiong Daren is a well-known pearl research expert, biologist and educator in the aquatic industry at home and abroad. He is the founder of modern pearl culture in China and is known as the â€œfather of modern Chinese pearlsâ€. On September 9, 1981, he died of myocardial infarction due to overwork, and he still remembered the pearl farming business at the end of his life...

He is honest and modest, and his life is hard and simple. Japanâ€™s "father of raising pearls" Yukimoto Yuki is rich when he died, and Xiong Daren is the "father of raising pearls" in China. His relics, except for a large pile of books and some dilapidated materials. Outside the clothes, it is the intangible assets left to the posterity of the pen.