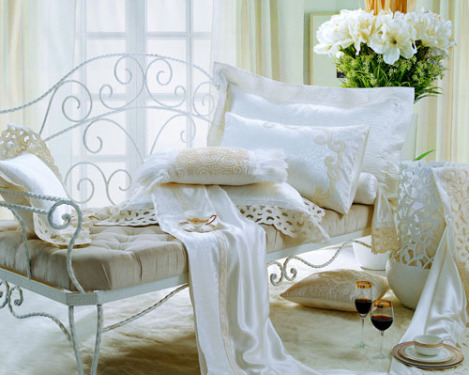 With the deteriorating debt crisis in Europe, the global economic growth has slowed down significantly. As a result, the textile industry in China has been experiencing cold weather. More foreign trade home textile companies are exerting themselves in the development of the domestic demand market, making the domestic market appear unprecedentedly fierce competition.

Domestic demand is a result of factors such as low demand in the international market and continued widening of cotton spreads at home and abroad. For example, since 2012, the export pressure of China's textile products has increased significantly.

Despite the difficulties in the development of the industry, the governmentâ€™s policy of stimulating domestic demand has brought rare opportunities for home textile companies and bedding companies to expand their domestic markets. Many home textile brands that have mainly focused on foreign trade have begun to focus on the domestic market, in design, channel construction and many others. The promotion of the brand's differentiated development.

The data shows that in the first three quarters of 2012, the production and sales ratio of 1,802 enterprises above designated size remained at a good level of 98%. The China Home Textiles Industry Association stated that domestic sales are the main factor supporting the steady growth of production and sales. Due to the active transformation of brand features and marketing models, a large number of home textile brands still maintained a good momentum of development. The Sleeping Corning Home Textiles Company, which had achieved fruitful results in the development of the domestic market, said in an interview: â€œThe domestic home textile market is a rich mine, and it is worth the company to dig vigorously.â€

The person in charge of home textile companies in the Nantong Dieshiqiao area expressed that the home textile industry in 2012 was not doing well and was considering whether to switch to other industries.

With the withdrawal of the industry giants, the industry has also issued a question whether the development space of the home textile industry is getting smaller and smaller.

The 2012 textile consumption report pointed out that: In the previous decade, the home textile industry in the high-speed development stage was in the period of grabbing gold. With the maturity of the market and the intensification of competition, the industry entered the period of reshuffle adjustment, branding, personalization, and gift-based features. And the advantages of being suitable for online sales have not been dug deep. As the market matures, the home textile industry will enter the gold rush period.